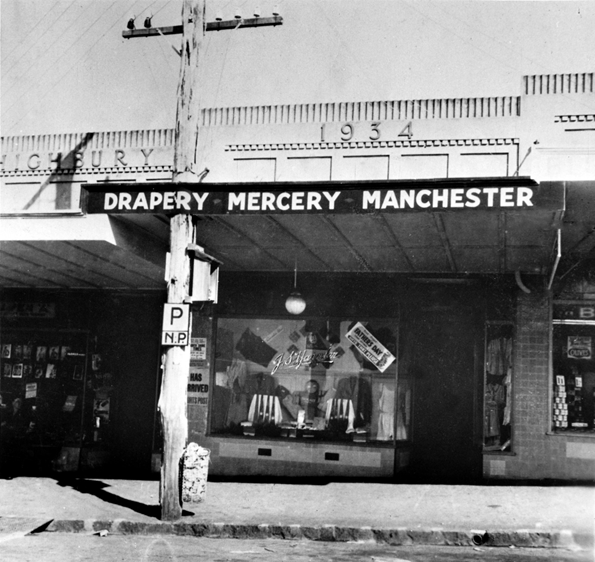 The Highbury Buildings, at 14-20 Mokoia Road, were built in 1934. Although the architect is unkown, it is assumed that W.H. Payne was behind the development. The building is a simple 1930s retail building, with a suspended verandah and five bay ‘step-down’ facade. The shop front is clad in Summerhill stone, possibly the result of modernisation in 1963.

The site of the Highbury Buildings was once part of a large farm, mostly owned by William Francis Hammond in 1885. Title for this property was issued to Charles John Lindberg in 1899. The site was later owned by Henry Medland Shepherd, sharebroker. When he died in 1927, his property at 2-20 Mokoia Road was offered to the Birkenhead Borough Council as a site for a Town Hall, but amid local opposition and failure to gain Government approval, the offer lapsed.

By 1939 the building was the location for stationer C. Neads; a branch of the Blue and White stores; the first Highbury branch of the Post Office (estd 1935); J.H. Clark, draper and W.G. Markham, upholsterer. By 1949, draper J.S. Yarnton took up business in part of the block. Yarntons still occupy a large part of the building today. 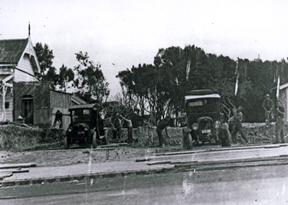