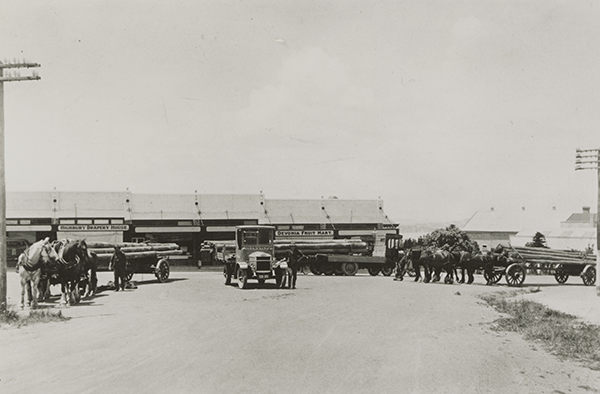 The Frederick Morris Block, at 1-15 Birkenhead Ave, is the first block of shops to be erected at Highbury Corner. Having been built by F. Morris in 1923 as a block of eight single level shops, they wrap around the corner of Birkenhead Ave and Hinemoa Street. The buildings have a simple plastered masonry facade with unornamented parapets. Plain pilasters divide each of the eight shops.

The plain, repeated parapets and verandahs of the building help define Highbury Corner. The building contributes to an understanding of the development of the commercial centre in the 1920s-30s. Originally, the building housed numerous small businesses, including a grocers, a cake shop, a hardware shop, a fruit shop and a habadashery shop. In more recent years, a two storied shop/office has replaced two of the original shops in the centre of the block. However, one of the original brick pillars can be seen on the road side of the southern wall of the building.