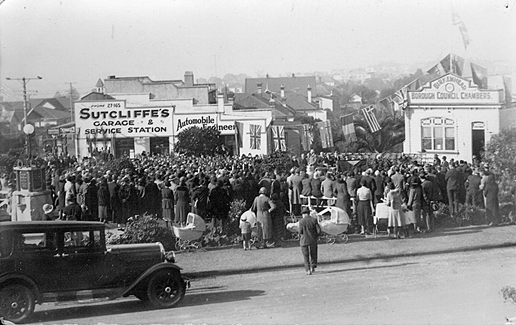 The corner of Rawene Road and Hinemoa Street has an important association with the history of Birkenhead. It was on this corner that the first Birkenhead Borough Council Chambers were located. In front of the council chambers was a small civic reserve, as designed by the Borough Engineer Mr Frank Finch. Adjacent to the Borough Council Chambers was the Sutcliffe’s Garage and Service Station, the first ‘Automobile Engineers’ in the area.

Finch also later designed the War Memorial monument that is sited in the reserve. This memorial was crafted in 1927 in a beautiful art deco style. From ‘Back Then... Volume Four’ by Colleen Christie: “The base consists of two tiers of steps in concrete, octagonal in shape... upon which is built a massive block of rough-key grey granite, indicating strength. Four Polished red granite columns... fittingly represent the virtues of Duty, Service, Fidelity, and Justice. Empanelled on each side, and between the columns, are four polished black slabs bearing inscriptions. Surmounting these is a beautiful floral standard in bronze embodying the olive leaf and branch, and the victor’s wreath. The standard supports an opal globe enclosing an electric light which burns every evening from sunset to midnight.”

In the 1960s the first true Birkenhead Library was built. Previously, books were held at the Zion hill Methodist Church, as well as in the basement of the Council Building. The new library was a very modern design for the 1960s and was built by the O’Sullivan brothers. The library was officially opened by the Governor-General, Sir Arthur Porritt on 20 April, 1968. When it opened, it had £500 worth of books on its shelves, thanks to forward-thinking councillor Nora Bourke.
Today, the newly designed and built Birkenhead Library sits on the site, behind the redeveloped civic reserve. 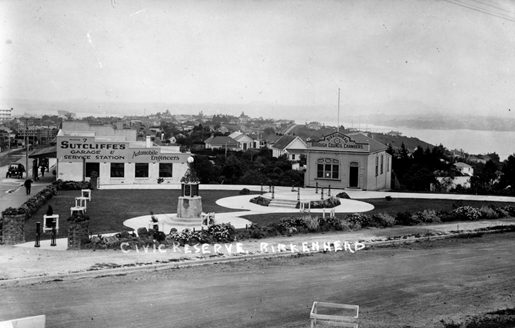 The reserve now holds the name “Nell Fisher Reserve”, after the Council’s first paid librarian. The heritage War Memorial has been refurbished and proudly sits in the reserve, serving as a reminder of those we lost in the war. 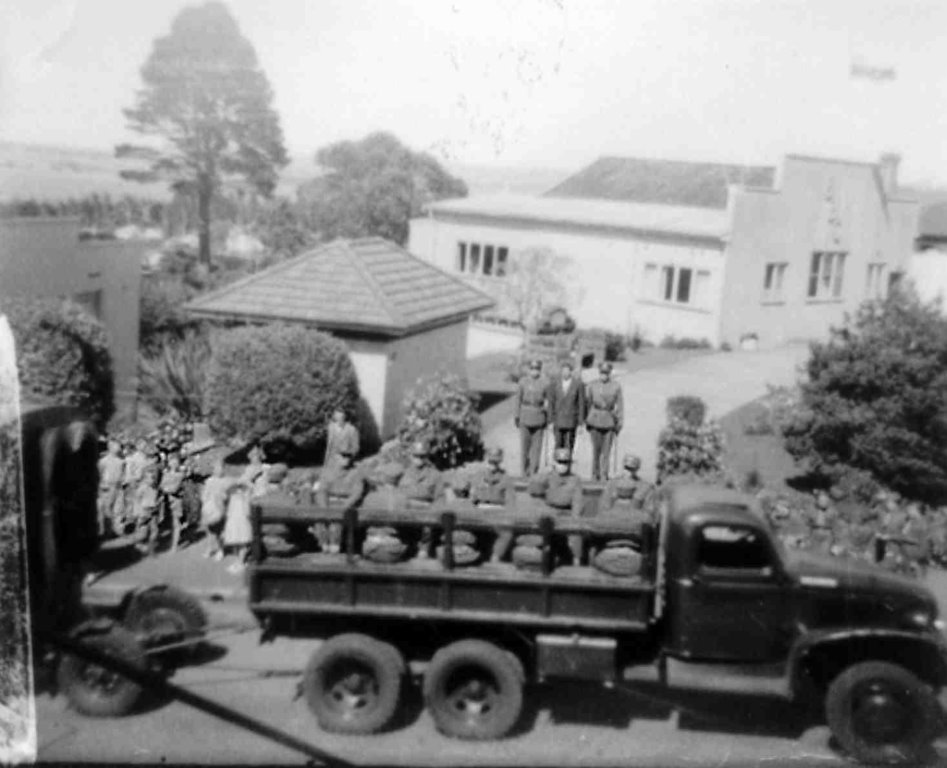