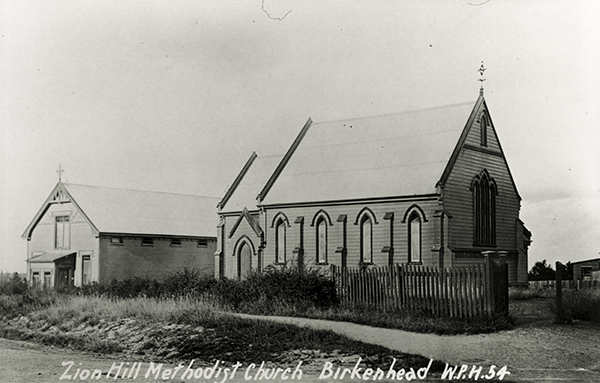 In 1880, the first church was built on the corner of Onewa Road and Birkenhead Avenue (known as Zion Hill). This church was designed by W.F. Hammond, an early architect and surveyor who had a large influence on the development of the area. The land used for the Zion Hill Methodist church was donated by pioneer settler Mr Creamer. Prior to the opening of this church, settlers had either met in their homes or had travelled to St John’s Anglican Church in Northcote Point. 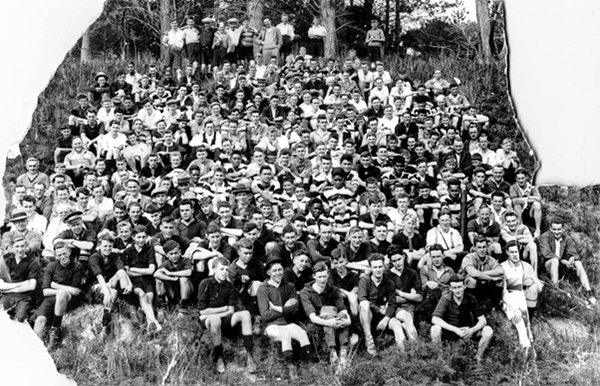 With the opening of the Chelsea Sugar Works in 1884 came more workers, houses and settlers. As the only Sugar Factory in New Zealand, many workers migrated to the area over the early years of operation. As with most early settlements, the people of Birkenhead were largely Christian, most families attended church services and Sunday School every Sunday. With the influx of sugar workers, thus churchgoers, it was necessary to expand the church.

Designed by James Pickering in 1885, the current Gothic-style church was built in 1888. The Council meetings were held in the old church and were planned to coincide with the full moon as there were no street lights..

The original church still exists today as part of the church hall, which was built in 1902 and is still used frequently for Sunday School. As an amalgamation of differing architectural styles, the Zion Hill Methodist Church stands as a visual chronology of Birkenhead’s history. 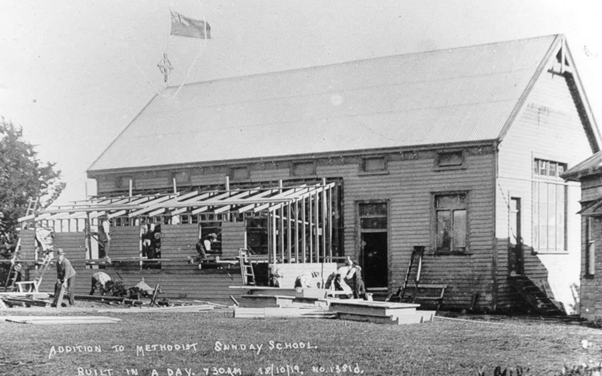 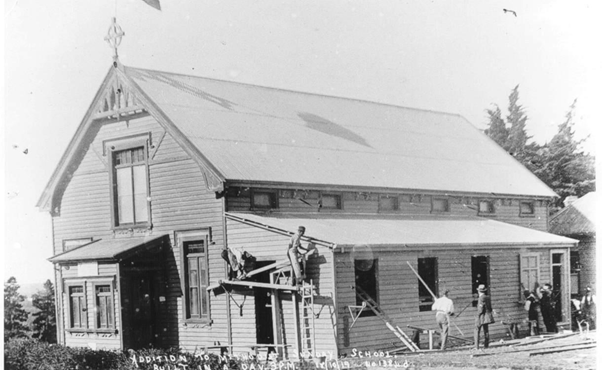 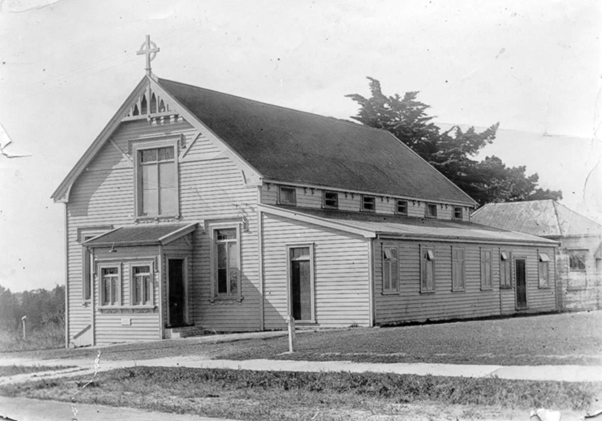 The Sunday School Hall was built in a day as noted on the photograph. 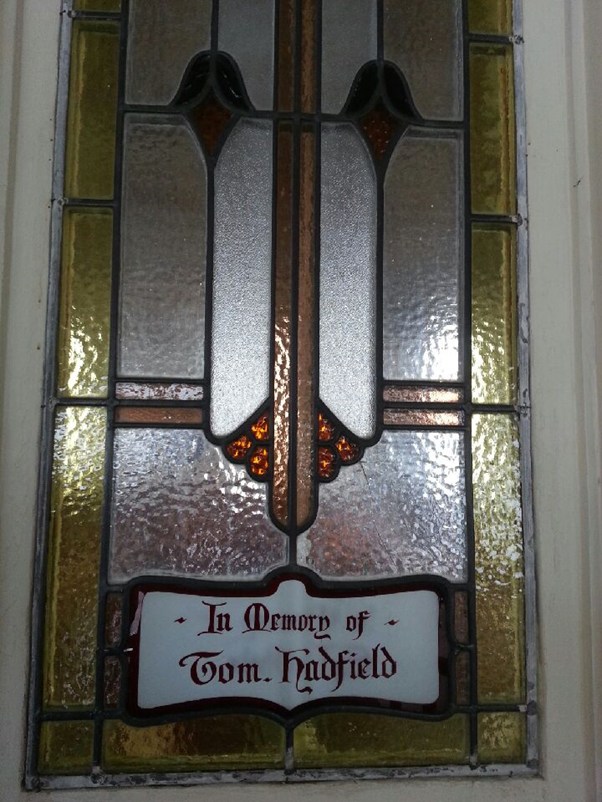 Historical family names originating in the area are commemorated in time and memorum in the leadlight windows of the actual church.